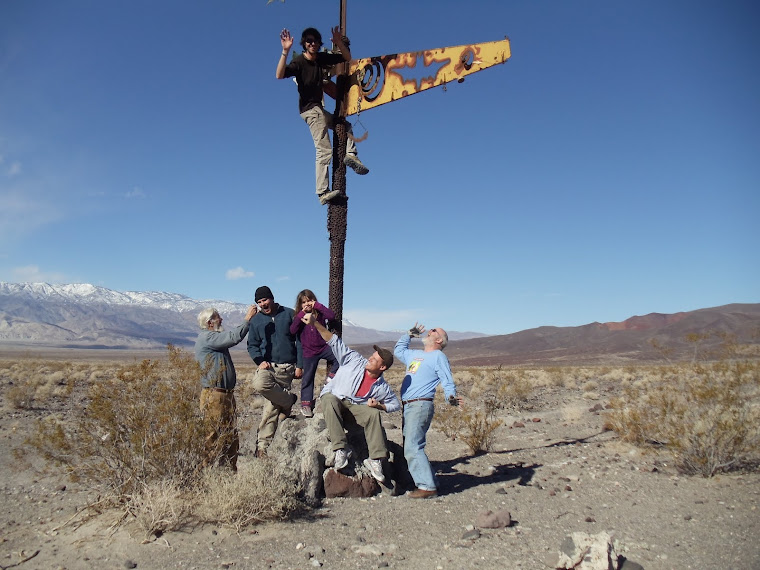 I ordered a dual tank selector from Vehicle Safety Supply I bought a Pollack valve kit #42-300V. It is a 12 volt setup that only has power applied when you move the valve, once the valve stops no need to keep it energized. 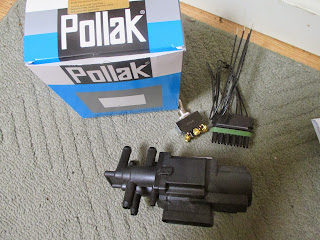 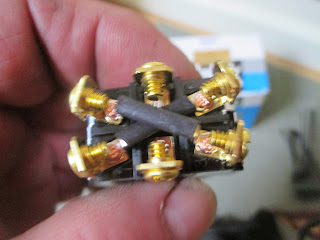 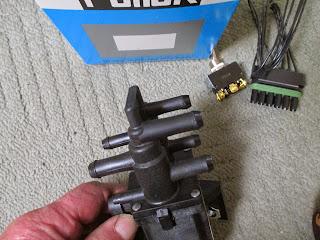 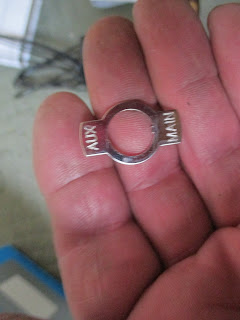 There didn't seem to be a great place to mount it so I decided to put it on top of the crossmember behind the transfercase. To do this I needed to make a bracket and I used this to take advantage of the preexisting holes in the crossmember. The bracket gives me access to the bolts under the valve. 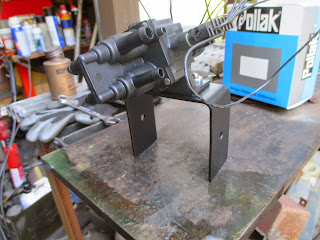 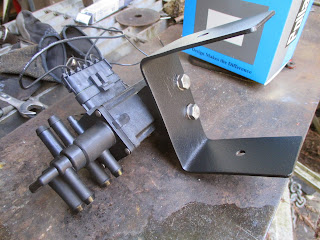 In the next pic you are looking up from the ground behind the transmission brake. 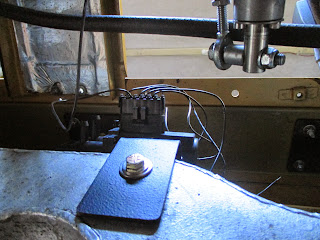 And a look at it from above the rear prop shaft 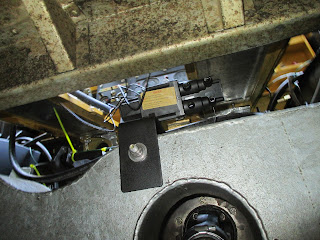 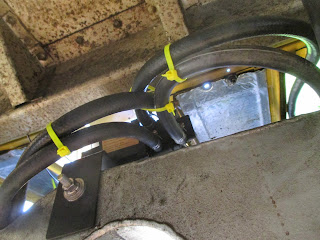 Using hose clamps and zip ties I tried to keep everything out of harms way and to keep them from rubbing during operations. 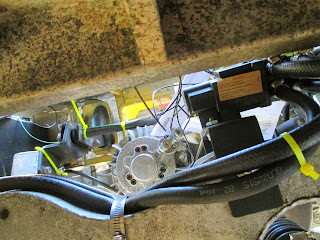 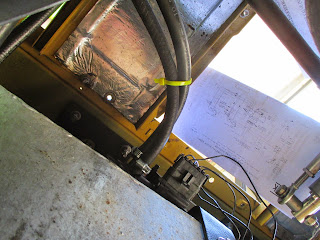 Next up was doing the wiring and keeping it out of the way. 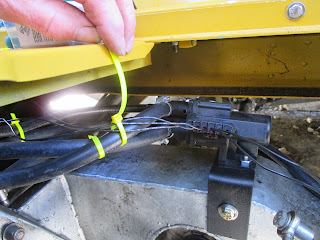 I had to make an auxiliary switch panel to hold the tank and the air compressor and locker switch. I made it large so I could add other things as they come along. I drilled out for the parcel tray threaded nuts and then tapped the parcel tray for the sheet metal screws. I painted it the same as my dash panel. 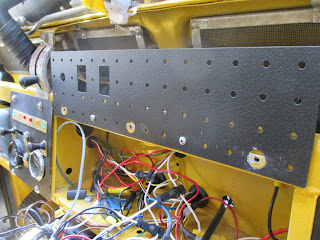 It took awhile to run the hoses and the wires. The selector not only switches the tanks but also switches the fuel senders to the gauge. I still haven't put in the fuel filters between the tank and valve so as to not void the valve warranty, or put fuel in to check the gauge operation.

I got the battery installed and was able to run the electrical tests. so the switch to the gauge does work but I don't hear the tank selector so will have to check that and put in the fuel filters. 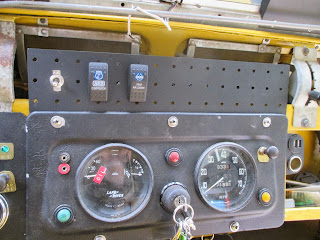